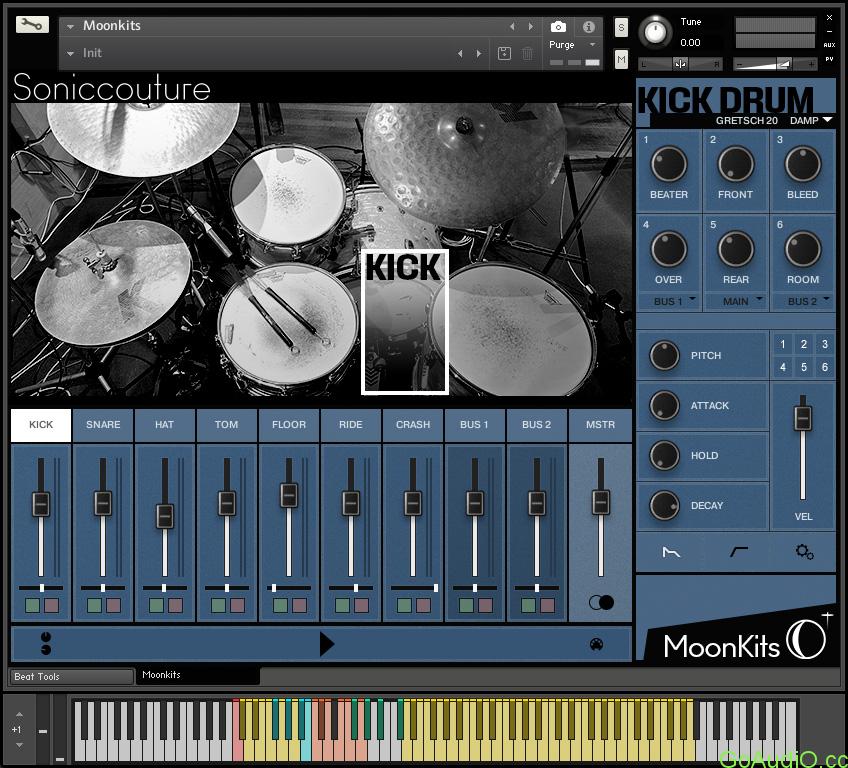 Soniccouture has announced the release of its new sample library Moonkits, a Kontakt instrument library featuring drum sounds recorded at Konk Studios in North London, founded, and still owned by, Ray Davis of The Kinks

Moonkits offers a journey to the softer side of the drumkit. It features 80 preset kits, each with its own groove set up and ready to drag and drop as MIDI.

Brushes, but not only for Jazz. Also rods, mallets, tea sticks: anything that mellows the attack and allows the texture to sing out.

Moonkits was intentionally recorded with extra detail at low velocites, because not every track is rock’n’roll. You don’t need to smash the kit hard. Just great touch and feel.