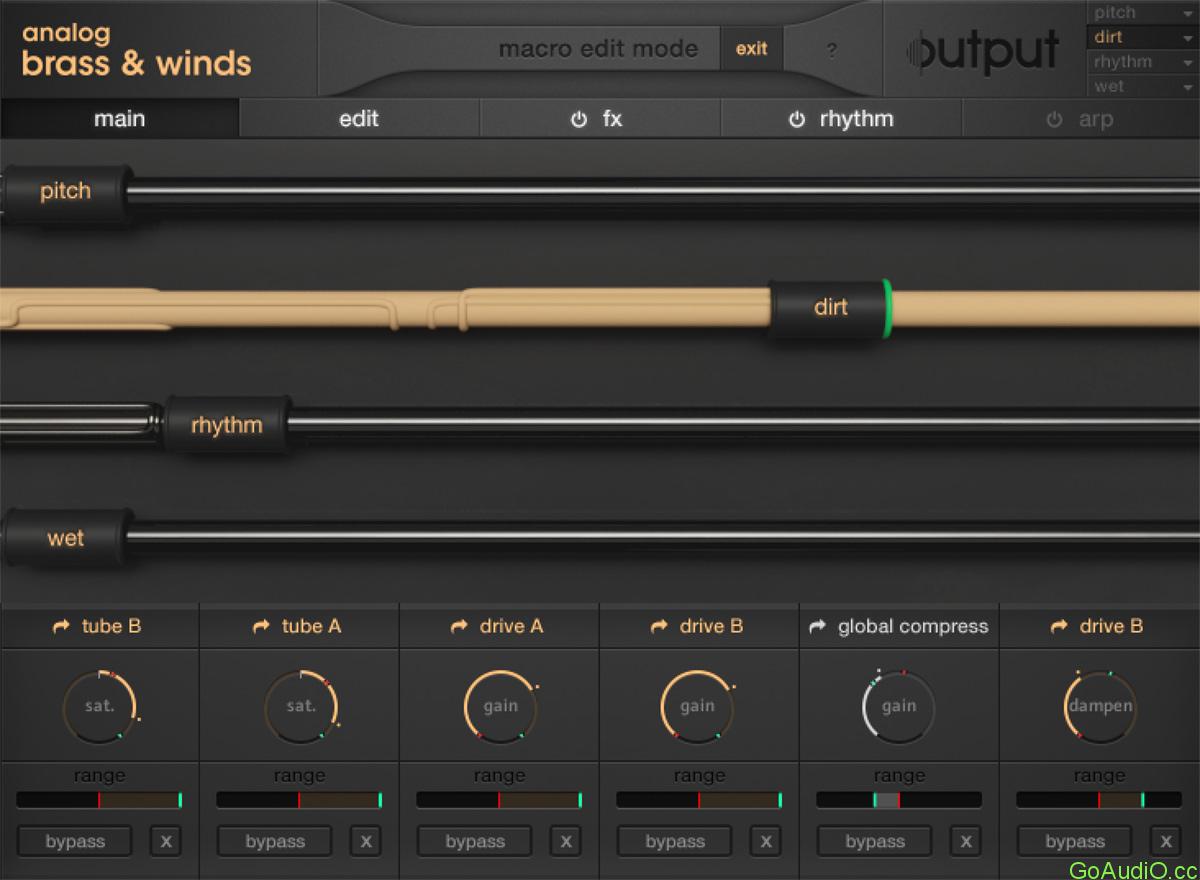 Throw classics to the wind. Analog Brass and Winds is a virtual instrument for those who dare. Breaking from 400 years of tradition by blurring the line between powerful orchestral sounds and legendary synths to give you next level air.

Big braams, gritty textures, wistful runs blend together to give you the best possible combinations. Get to know how Output’s unconventional sound design flows through the pipes and valves of this engine.

You’d know them by name. Legendary, modern, highly coveted synths were picked for their brass and wind-like characteristics. Patches were fashioned to inspire bold new textures that are near impossible with live instruments.

Bold and bizarre timbres fuse with brass and winds to give your sounds extra zest. Experiment with our signature custom sounds designed from unexpected sources.

Bend these sounds to your will. Our familiar and most intuitive interface to date meets new source material. An easy-to-use workflow made to breathe new life into all airy sounds with built-in advanced modulation routing, dual tape loopers, dual arpeggiators, flux sequencing, and four macro sliders.