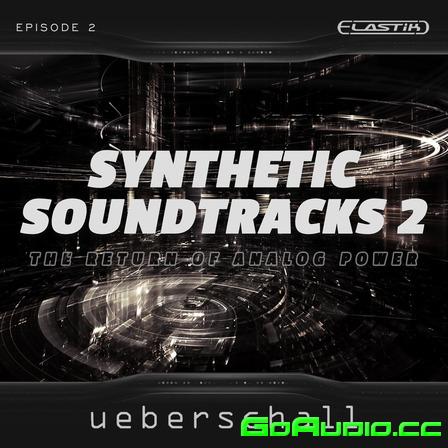 Episode 2: The Return of Analog Power
Synthetic Soundtracks Episode 1: Dawn of Analog Power provided the start of an ambitious journey into the universe of classic synth-based film scores. Episode 2: The Return of Analog Power, represents the next installment of this sonic trilogy and delivers a further 10, gigantic, Elastik-based, construction kits. Whether your soundtrack needs a sense of new hope, or to capture the epic scale of inter-stellar battles, Episode 2 will ensure your music is as massive as the scale of your visuals.

Epic Music For Epic Scenes
The library contains over 1000 loops and samples across 4.3GB of sample data. Each kit contains between 4 or 5 musical sections and, as well as both processed and dry versions of many of the loops, also includes individual drum sounds. Instruments include analog-style, synth-based, lead, pad, arpeggio, bass and sub-bass sounds and are complemented by organs and electric pianos. Sound effects including impacts, ambiences, lifters and risers are also included. Both electronic and acoustic drum sounds are present and include snares, kicks, sub-kicks, cymbals and various electronic percussion. Original tempos range from 60 to 96bpm but Elastik’s high-quality tempo-matching tools provide for plenty of additional tempo flexibility.