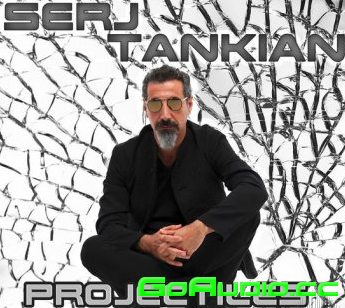 A singer, poet, songwriter, visual artist, activist, and composer, Serj Tankian creates music as an outlet to express his thoughts and feelings with a level of passion and consciousness that few in today’s world of music can rival. An Armenian born in Lebanon and re-rooted in Los Angeles, Tankian was introduced to the melding of cultures, ideas, and ideals from a very young age. The principles learned from this integration and adaptation have led to his understanding of the oneness of all things and have since maneuvered and transfigured into the music and art that he lives to create. Early in his career, Tankian found an outlet as the rabble-rousing lead singer and songwriter of the largely successful rock band System of a Down-a band that has reached into the hearts and minds of millions of people relaying multiple messages of love, awareness, and activism.

Now you can use Tankian’s sounds in your tracks. In this pack, find Tankian’s distinct vocals, new FX, orchestral percussion, dynamic drums, and melodic piano, strings, trumpet, guitar, and other sounds to round out any production. It’s a truly unique pack for designing ethereal scores, orchestral rock productions, or whatever composition strikes. System of a Down has 5 studio album releases, three of which debuted at number one on the Billboard 200, and has also been nominated for four Grammy Awards and snagged one in 2006 for ‘Best Hard Rock Performance’ for their song “B.Y.O.B.” Despite this success, Tankian never grew complacent with his art, always striving to open up new channels of sound and arrangement to articulate his artistic expressions.

Tankian has released 5 albums of his solo material, beginning with 2007’s chart-topping hard rock album Elect The Dead. His sophomore solo album Imperfect Harmonies was released in 2010, followed by Harakiri in 2012. 2013 saw two distinct releases from Serj, with the first being the critically acclaimed Orca Symphony No. 1, released in June of that year, followed up with the very unique Jazz-iz Christ one month later. Over the past couple of years, his time spent in the recording studio has been focused on creating musical scores and compositions for film and video game projects. His most recent credits include recording a modern version of Armenian folk song “Sari Siroun Yar” along with the Authentic Light Orchestra for the upcoming film “The Promise”, directed by Terry George and starring Christian Bale and Oscar Isaac.