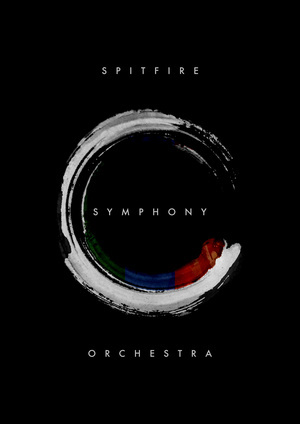 A definitive mega-anthology of tools to create blockbuster symphonic works for TV, film, games and radio in a single and encyclopaedic core-level professional product. An epic saga of recordings unified under the same roof of the Hall at Air Studios, by an award-winning team of engineers and composers working under a simple and singular vision; that to create the best soundtracks you need to go where the greatest and most successful composers go, use the same instruments and talent, the same recording and production principles and techniques. Drawing on a decade of experience and comprising over 5 years of production, SSO is designed as a single, pro-level orchestral solution containing all three major families of the orchestra (woodwinds, brass, strings) designed for everyone from discerning composers at the beginning of their careers looking to invest in their futures, to hardened veterans looking to unify their disparate collections of orchestral elements into a single and definitive sonic arsenal.

World-class woodwinds, brass and strings exhaustively sampled at Air Studios in the Hall by an award winning team over the last 5 years with a single core aim and approach. Formerly the platinum and 10 star reviewed “British Modular” range, SSO offers a single truly professional solution for people wanting to make blockbuster symphonic music.

From the root level of our instruments folders, you’ll immediately see a unified and simple approach. Offering up a pre-curated set of playing styles (or articulations) in a way that is easy to access and simple to execute with relatively little orchestral programming experience. You’ll see, as you dig deeper into more adventurous areas of the library, that it will grow with your experience and personal development as an electronic orchestrator.

Each choir (woods, brass, strings) has a huge selection of playing styles, with numerous dynamic layers, release triggers, round robins, true and performance legatos. With unique and comprehensive playing styles, different section sizes (solo, a2 and a6 where appropriate) for the brass and woodwinds, alongside an enormous heart of 60 strings players up front, this band of over 100 players is complimented by some super exclusive orchestration tools for no-nonsense composition at the coalface by the name of “Masse”, only available to owners of SSO.

PRODUCTS IN THE COLLECTION 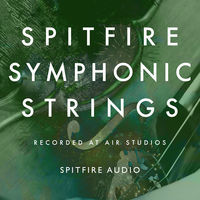 If there was a single product that could sum up the foundation of Spitfire’s approach to sampling, it would be this. Recorded at a studio that has played host to scores from blockbusters that have grossed billions of dollars, using those same players playing the same instruments. Deep sampled, with our usual more is more approach. If you want that blockbuster sound you have to go bold; if you want cinematic, you have to go big. The ultimate encyclopaedic compendium of Symphonic strings sampling, recorded in London, with no expense spared. SSS is ‘The Daddy’. 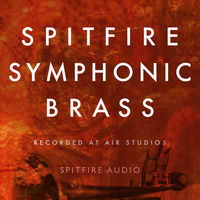 Many consider British brass players to be the best in world. Spitfire Audio has spent the last half decade recording the best of the best at one of the most sought-after locations in the world: The Hall at Air Studios, London, for this, a definitive compendium of orchestral brass. 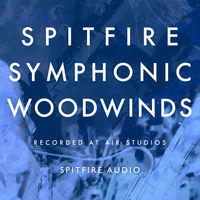 Often neglected by modern media composers, the Woods are your secret weapon to add real power to your productions. Spitfire Audio has taken its decade of experience making woodwind instruments and has spent the last five years recording the best of the best at one of the most sought-after locations in the world: The Hall at Air Studios, London for this, a definitive compendium of orchestral woodwinds. 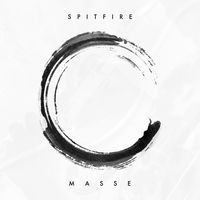 We’re proud to present a set of super-exclusive ready-built orchestral patches for composers working at the frontline needing to hit that deadline. Designed by composers for composers, and featuring all three choirs of our symphonic orchestral project (brass, woods, strings), these patches have been carefully re-orchestrated, re-mixed and re-baked into a series of awe-inspiring, straight out-of-the-box mega-tools which are only available as part of the Spitfire Symphony Orchestra collection. Some of the ensembles within contain forces of over 300 players, designed for no-nonsense composers looking to get the job done.

If there is any single product that encompasses the very core concept of Spitfire Audio it is SSO, 10 years in design, 5 years in the making – a new chapter in our history.

SSO is the pinnacle of Spitfire’s achievements over the last decade – after over 50 award-winning orchestral products, it’s an evolution of technique; a codification of our craft. Working closely with A-list composers on AAA productions, and as working composers ourselves, at the coalface. SSO is a culmination of our experience, an encyclopaedia of learning, a bible of knowledge, the Death Star of orchestral packages, one ring to bind us!

Originally starting out as the BML (British Modular Library) and released in volumes over the last 4 years, the key objective was interconnectivity – that each part of the library would lock in with the other. So alongside the ultra-detailed level of samples, articulations, dynamic layers and round robins gathered under the enormous structure of the Hall at Air Studios, we also placed each player in-situ, and mixed 4 years of recordings so that every component of the band has correct position in the sonic field. This isn’t just about panning left to right, if you want someone to sound like they’re behind the violas, and not sitting on their laps, you’ve got to place them there! Over the last half decade we have learned many lessons. We applied techniques learned from brass recording to our woodwinds sessions, and lessons learned had us return to the Hall to update some of our string recordings. By unifying this enormous project into a single collection, we have pooled the acres of knowledge earned into a single experience.

Because of this, SSO presents a singular orchestral concept like no other. A long term project that has been rationalised from its modular form into a new singular one readying it for future sampling endeavours. For whilst SSO contains every possible classic nuance, we, as working composers, have also curated playing styles that are very much part of the zeitgeist; something we look forward to writing with in the future.

Owners of SSO will also be eligible to purchase the many exclusive expansion packs designed to set you aside from the flock. From additional sets of microphones and mixes to ultra-exclusive one-offs like the awesome “Symphonic Evolutions”. These packs are only available to owners of SSO or their associated core product. We have many exciting packs in the pipeline alongside the ones currently available