When we decided to sample a marimba, we knew we wanted to find a 5 octave concert model. There’s something very special about the enormous bass notes of a full sized model. The Yamaha 6100 model, which was designed in collaboration with world-renowned marimba legend Keiko Abe, seemed to be the natural choice.

A descendant of the African balafon, the modern marimba originated in Mexico, and is typified by wooden (rosewood or the cheaper padauk) bars mounted above metal resonator tubes, which can be tuned using stops.

The 6100 marimba represents the absolute state of the art, with exclusive precision tuning which ensures true pitch and a full sound, while the Honduran Rosewood bars and welded resonators give rattle-free playing.

Tremolo is such a common marimba technique we’ve designed an original Kontakt module to mimic this type of performance with unparalleled accuracy. It comfortably handles 1 to 4 voices of harmony (since marimba players rarely use more than 4 mallets), and will intelligently remap the tremolo in real time based on the incoming MIDI or your playing. The speed and velocity of the Tremolo can be modulated in real time using a MIDI controller.

The instrument is massive, almost 3 meters across, which makes recording it a challenge ; it isn’t possible to get too close to an instrument that large and maintain any sort of sensible stereo image. And since we were aiming for an intimate, non-ambient, recording, we needed a very large but relatively dry studio to work in.

3 Mic pairs were used : AKG414s (with CK12 capsules), Shoeps cardioids, and AEA ribbons further back in the room. These mics were mixed down to a stereo signal in post production. The positions can be seen in the picture below.

Mallet : The main articulation, and the most common marimba sound. 5 different mallet types were used during the recording, to ensure a consistent timbre across the entire range of the instrument.

Roll : A played Roll, sampled and looped from the marimba player’s actual performance. Don’t confuse this with Tremolo. In fact, marimba players rarely use Rolls, so this is a special effect of sorts.

Stick : Made by hitting the marimba with the handle of the mallets rather than the head. This is a kind of special effect you find in contemporary marimba repertoire, so we included it here. This sound is sometimes called “Rattan”.

Bow : The marimba bowed with a cello bow. Produces a sustained, pad-like sound. 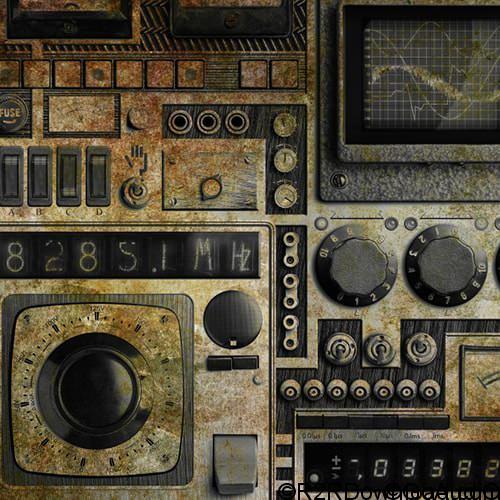 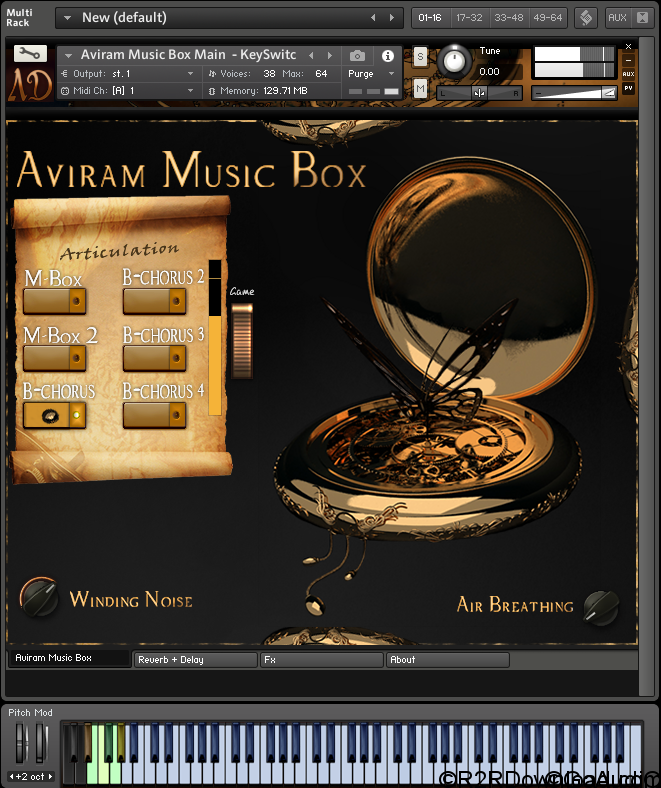