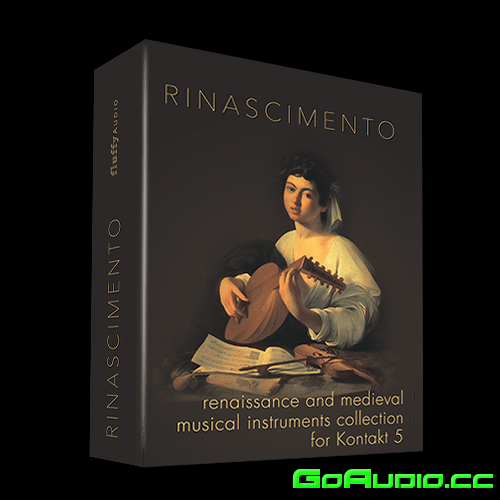 Rinascimento is a library for Kontakt 5 which includes 36 instruments from the Medieval and the Renaissance Eras.

Two years ago. It was September and we wanted to tell another story. Or we’d better say a fairy tale, a legend? Let’s take it from afar.

Hic sunt leones – literally “here are the lions” – the Romans were saying in reference to the mysterious and unknown African continent. This old saying became common for all the unexplored parts of the empire. That was exactly what we were looking for: leones. We felt excited by the idea of exploring an uncharted territory in search of new wild beasts to tame and Gallichon, Crumhorn or Theorbo were just some of the fearsome predators we were eager to face.

We had heard about La Rossignol, a group of italian players specialized in Renaissance Music. After a brief research and some phone calls we managed to meet Domenico, the chief organizer of the ensemble and one of its lutists.

In our preliminary mindset, Renaissance Music players were still living with ruff between the drapes, pontificating on philosophical subjects at the candlelight. Therefore, we were quite surprised – but somewhat disappointed – to find out that even Domenico was looking for a good Sample Library to make his… Renaissance mock-ups! Further, we found that his “chase” was more than reasonable, since just few of the vast Renaissance repertoire has been sampled and mock-ups may prove to be a valuable tool to give new life to virgin scores as well as for unspoiled scores of Virginal.

Jokes aside, we managed to involve Domenico and La Rossignol in our project. Still, we were missing some instrument. Cornetto, Gallichon, Dulciana are hard beasts to tame. They live holed up in the mountains or deeply hidden in the sea, and good tamer are in great demand. At that time we had almost started to think that the real leones were, more than the instruments themselves, their players! It took several weeks to find out and engage the right people, but finally we had in our battallion some of the most dauntless and valiant warlord of our county: Lord Cantalupi of the family of the Wolvesinger and Count Mandonico of the family of the Cornets.

In those days we wanted to gather the most accurate information about the instruments we were going to sample but the players of La Rossignol live scattered from Bologna to Milano. Long story short, we found ourselves traveling the region far and wide to meet them, but those days of collective planning, meetings and sandwiches turned out to be one of the coolest things for the project.

Meeting different people with different approaches stimulated us to think more precisely not only the interface or the behaviour of the virtual instruments we wanted to build up, but, more than anything else, the frame, the general idea, the inner sound of Rinascimento we wanted to shape from scratch.

This was, in the end, the most difficult – and somehow ironical – challenge: to give new life to age-old vibrations that has to be played in a present context! 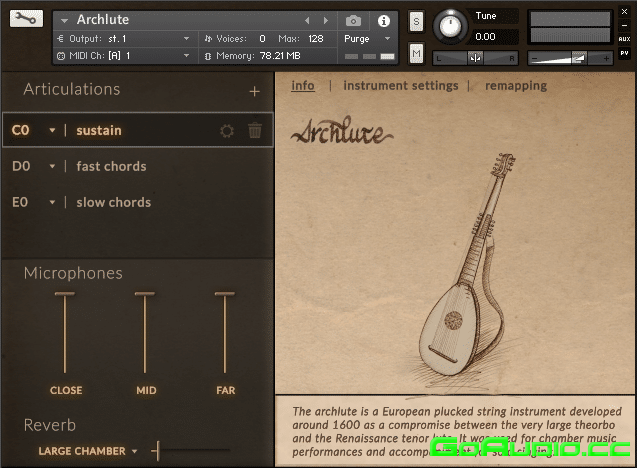