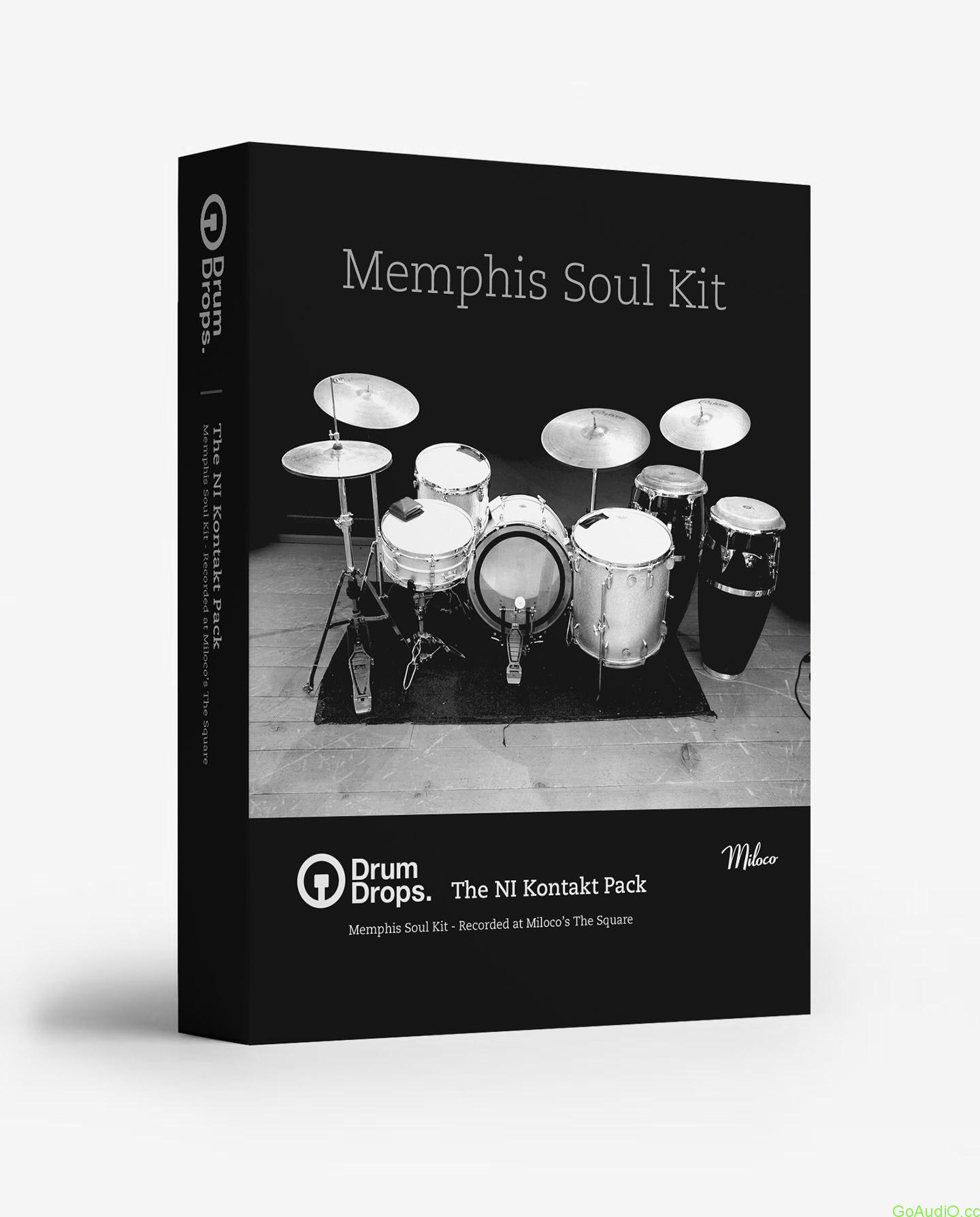 The Memphis Soul Kit was recorded using a legendary Gretsch 1960s Round Badge Kit. Currently they are one of the most sought after kits from that era. We recorded this kit to capture a certain sound, the sound of the late 60s and early 70s that came out of the Royal Studios in Memphis. Home to legendary producer and founder of Hi Records, Willie Mitchell. This studio was responsible for recording hit after hit from famous Soul Artists such as Al Green and Ann Peebles. We have studied and recreated the drum sound.

Unlike the one microphone, large open room drum sounds coming out of Motown and Stax in the 60’s/early 70’s, Willie Mitchell preferred a small dry room, often using three or four microphones on the drum kit. To capture the same sound we used the perfectly suited dry live room at Miloco’s The Square. The concept behind the mic positioning is unique to this release. We used four mic’s, each placed in carefully selected positions around the kit, so each mic captures the drum kit as a whole, meaning you can use any one mic as your drum sound, or you can blend any or all of the mic’s to create your ideal sound.

The drum kit was produced and recorded by South London drummer Timmy Rickard who has studied the grooves and sound of this great era. The kit is a classic sounding late 60s kit with wallets placed on the tuned down snares, a tea towel was used on the floor tom and we have recorded the ride with and without a chain. Also included are four classic vintage snares and the kit is finally topped off with some percussion – congos, a tambourine and shaker.

What Is the Kontakt 5 Pack?
The Native Instruments Kontakt 5 Pack is our top of the range pack on offer for this kit and comes with 17275 individual samples. It is designed to work in the full version of Kontakt 5.5 (not Kontakt player) and comes with the Drumdrops Kontakt instrument V1. The instrument provides the user with complete control over each of the drums with the inbuilt mixer. With our mixblend feature you can adjust the mic balance on each drum. It gives you absolute control. The instrument also allows you to add convolution reverbs that have been sampled from a variety of the studios and outboard we use. To increase the realism of the overall sound we have included multiple round robin samples and included a randomisation tool. Each channel has a 4 band equalizer, a transient master and the stereo buss comes with its own buss compressor making this a great production tool. It comes with a selection of MIDI maps including full compatability with Roland V-drums and the DTX900. This pack is perfect for Producers, Engineers, Drummers, songwriters and musicians who want the highest level of realism and are users of Kontakt 5.

We currently build our packs with version 5.5
Native Instruments Kontakt 5 – Minimum 5.5 full version. Please note the Kontakt 5 Free Player will only run the software for 15 minutes). You need the full version of Kontakt 5 to run our kits. (We are looking at releasing kit packs compatible with the Kontakt player in the future).http://bit.ly/31vxWs0 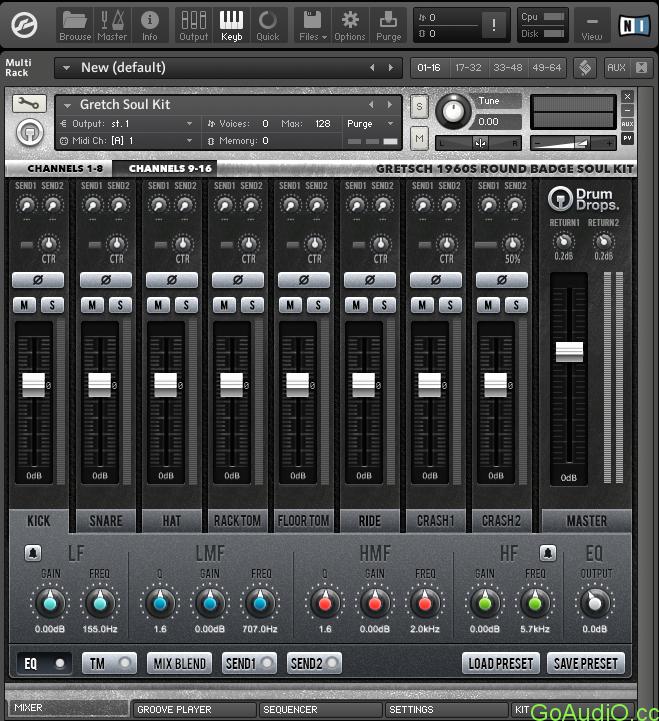